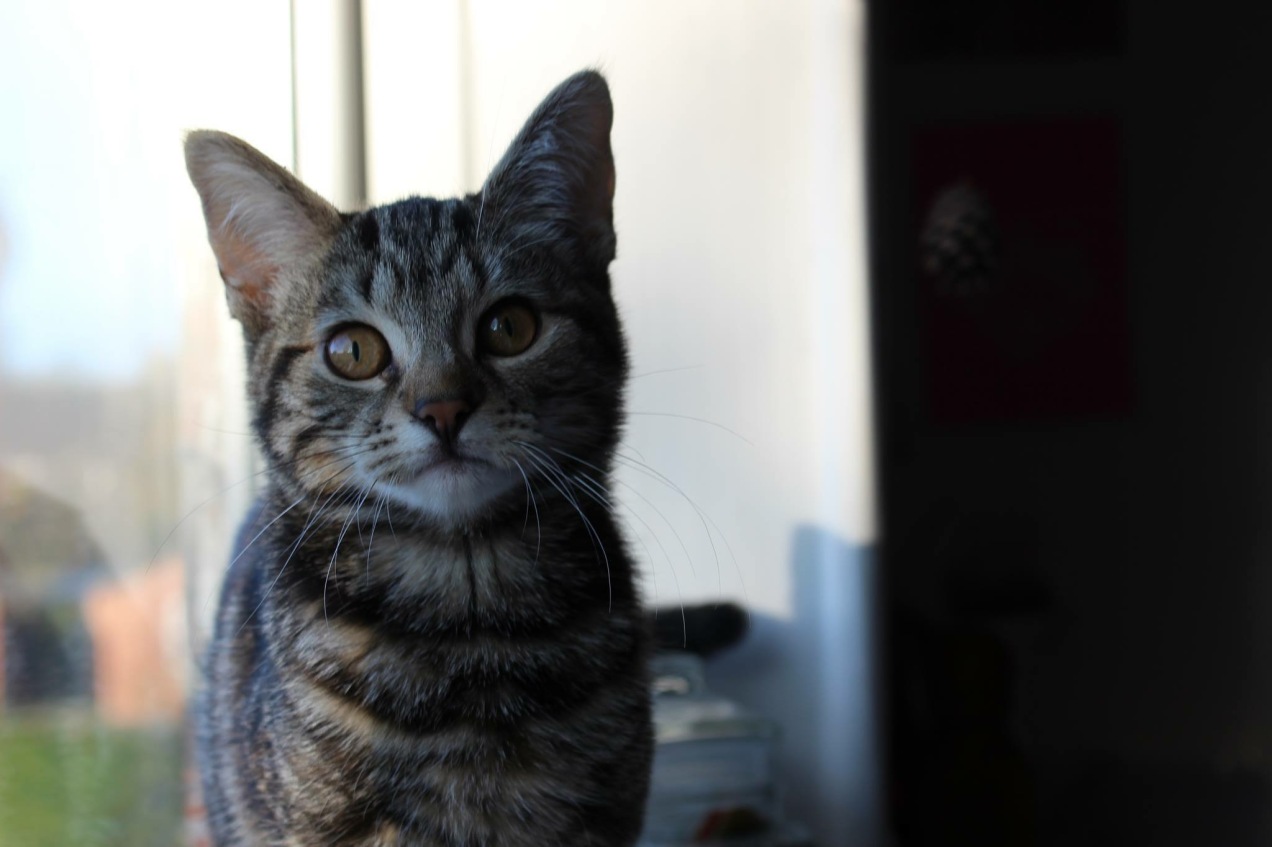 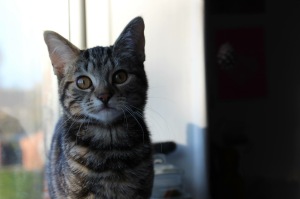 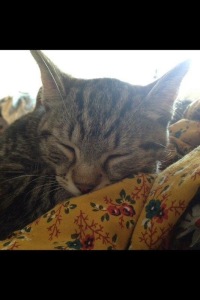 -When were you and Tixie reunited and how long had your pet been missing for, before your reunion?
“Amanda & Tixie cat were reunited on Friday 24th Feb., almost 48 hours after going missing at the start of ‘Storm Doris’.  She had possibly followed me to the local shop and got spooked when the storm really hit and went to shelter.  Due to the strength of the wind and rain, any scent she could have followed had gone; as she only ever goes out for less than 5 minutes at a time and hated the rain.  When she hadn’t returned home after an hour, I was worried.  She is only 7 months old and quite petite.”

-What was the first thing that you did when Tixie went missing and did you receive any tips on how to help locate your missing pet? (e.g., post leaflets, emptying vacuum contents/favourite food outside)
“The first thing I did was wander the streets calling her name; the wind however was so strong I would never have heard her crying, even if she was close.  I posted images of her on Facebook, made it public, shared to all the vets and rescue centres (as she is microchipped) and hoped for the best.  I had LOTS of advice from people through doing this, which I would not have thought to do.  Put dirty litter tray outside, hang jumpers/blankets with her scent on; these may have worked if it wasn’t for the storm.  One lady told me that she left leafleting until last and her cat had been taken in just 5 doors away, as they ‘thought it was a stray’.  When she finally dropped a leaflet through the door, her cat had been put in a cattery as they had gone on holiday for 2 weeks.  I couldn’t afford to print off her picture so I wrote a handwritten note pleading with people to check their gardens and photocopied it.”

-How were you and Tixie reunited? (e.g., was she found in a shed/garage, contacted by the vets)
“I was on my fifth street when someone chased after me saying she’d been seen in their back garden.  She said she would keep her eye out, but I asked if I could go and have a look.  I called her, she meowed and came running!  I cried with relief.”

-What was the first thing that you did when you were reunited with your pet? (e.g., cuddle, kisses)
“The first thing I did when I got her home was to give her a tuna meal (she usually has dry food) which she wolfed down.  Her eyes were sticky from the wind and she was very tired.  She slept and then got so much cuddling.  She has ventured out again, but for no more than 5 minutes.”

-Finally, do you have any advice for people whose pets are currently missing?
“I would advise doing a leaflet drop first, not everyone is on social media and pets may be taken in and given a new home.  They may also be stuck somewhere and a leaflet would prompt people to look.  Older people may think they are strays, as they possibly have no collars and they don’t think to check for a microchip.  More awareness is needed in this area I think.  Don’t assume they are now your pet; take them to a vet to be scanned, as someone is/may be missing them.  There are also people who will come out to scan an animal but not sure where this information would be found.  Loving having her home and so is her sister (who had just endured 5 weeks cage rest with broken bones and was let out the day Tixie vanished!).  One thing I was told a lot – don’t lose hope, cats have gone missing for a long time and find their way home.  The worry for me was the storm and not having any scent to follow.”